WOW…Glorious!! Isn’t it spectacular looking? Alright alright, I get a bit carried away with my superlatives, in fact, I “can’t stop the feeling” from Justin Timberlake  is playing in my head and I am dancing as I speak….but really, this pie makes me happy! This Orchard Peach Pie is the vegan version of my already luscious sweet galettes! It is the quintessential summer dessert, when peaches are perfectly sweet and juicy ripe. The crust is made with white whole wheat flour which is light and delicate but still rich in fiber and white wine and extra virgin olive oil…say what? There is very little added sugar (1/3 cup + 1 Tbsp for the whole thing!) but it’s plenty sweet. The peaches are nestled in a lovely “creamy” custard made out of unsweetened applesauce, almond meal and pure vanilla…and all that without cream or eggs of course since I made it vegan! Sprinkle the top with a little cinnamon, and I hope you get that same feeling and just in case you do…scroll down, blast that song and start dancing! 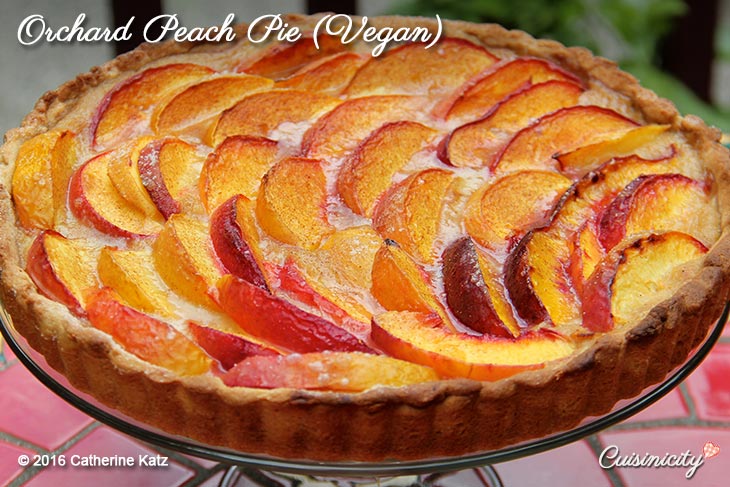 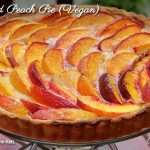 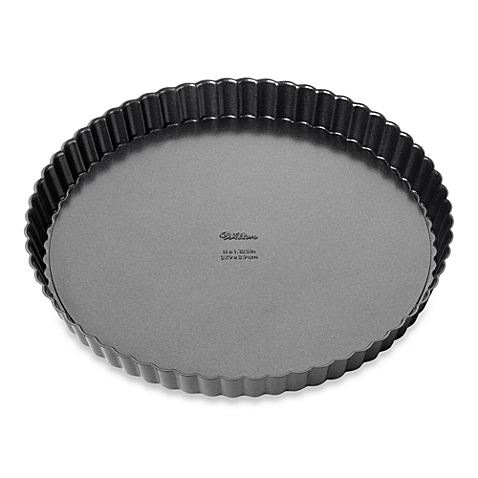 I like to use an 11-inch tart or quiche pan with a removable bottom so that my pie unmolds easily and beautifully!