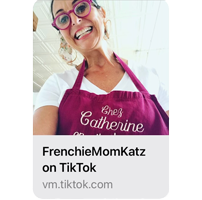 You know those cold mornings when you get up and just crave a warm, creamy, yummy-in-the-tummy, feel-good breakfast to get you started for the day? Well, if you know what I mean, then this is the porridge for you! Oh MY GOODNESS, so satisfying and comforting! I like to add a sliced ripe banana and/or raisins to sweeten it, but any fresh fruit will do. It’s nothing to make on a busy morning; the only thing to take into account is the 15 minutes to simmer, but really– that’s it! I put mine on at 7:00 am and by 7:18, it has cooled off enough for Gabe to enjoy on his way out the door! 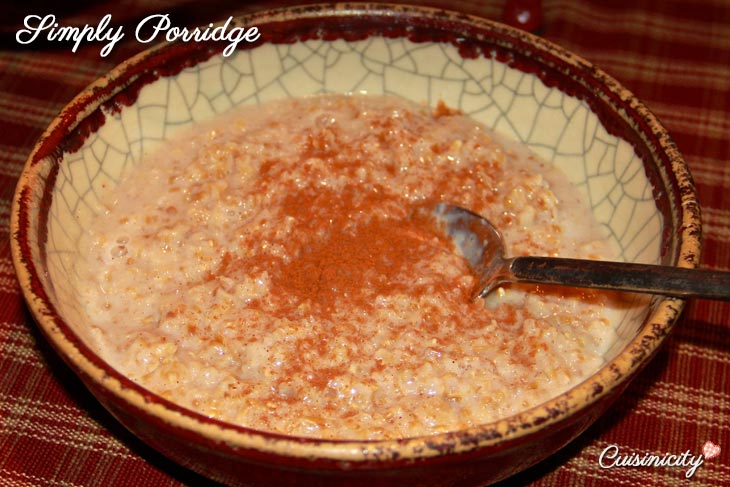 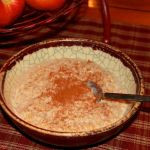 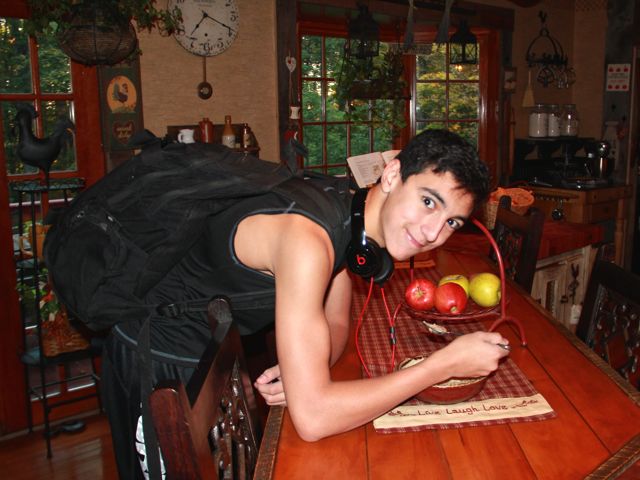 Gabe (then 15 years old–in the days when I used to drive him to school!) eating his porridge on his way out the door–literally backpack on and all! I just noticed the time on the clock!! As you can tell, he doesn’t even wait for a cold day for this warm yummy breakfast–any day is a good day for porridge according to Gabe!